Activate a bunch of queues

This function is called from the install register tab and either activates all local installed printer queues listed in the left hand window, or only the queues which use a specific driver.

There is a PPAdmin command line option for that function as well, in order to perform a silent installation. 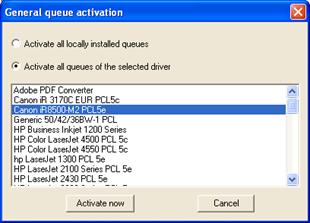 The two options are either to activate all installed queues, or to select one of the listed drivers and activate all queues for them. The last option may be used for rules like tray mapping in order to match tray behaviors of different manufacturers.

A MS Windows 7, 2008[R2] etc. are in most cases installed in their 64bit version. As a 32 bit can't use a 64bit Driver Microsoft did add the possibility to provide both drivers on a 64 bit system.

Our test lab used the HP Universal Printer PCL5 version 5.4.0.11744 with the version number in Parentheses and using the traditional mode ! 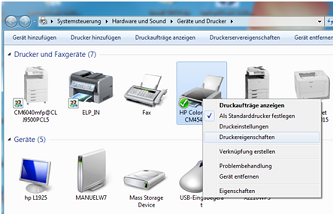 In the first step install the Queue / Driver for the 64 bit system. It is recommended
to check before, that a 32 bit driver for the same printer model is available.

Then open the printer properties ->select the tab Sharing  and share the driver/queue -> Then click on additional driver... 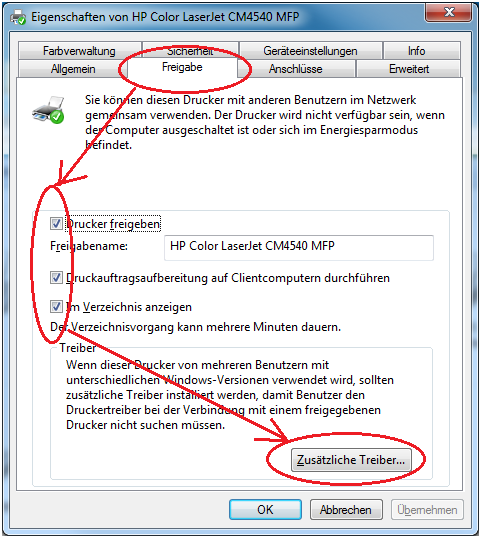 Select the x86 check box for starting to install a 32 driver. Then click on OK 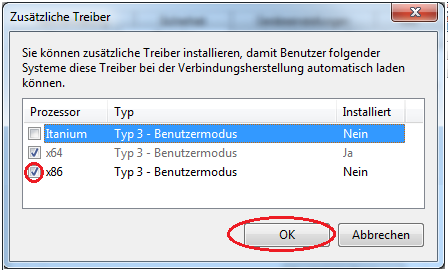 Now select the directory and there proper inf file of the extracted 32 bit driver.
Finally click OK and you are done on the server. 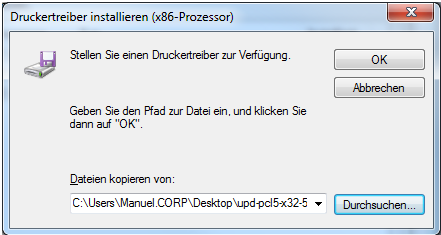 Generate a new printer on the 32 bit system like described below. 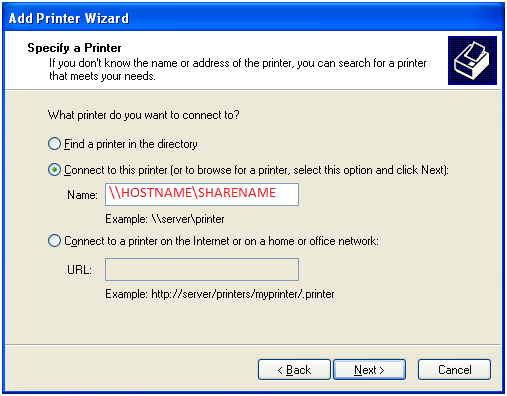