For Unix , Linux, AIX, Solaris etc. Please install the W-ELP (Windows based) demo version and then upload the final forms to your system.

The idea of ELP forms is to print any document to file using a PCL5 driver. This file can be printed on almost any laser printer and on larger ink jet printers. Usually those devices can all interpret the well-defined PCL5 data stream standard. This PCL5 print file is added to ELP. The process takes less than 2 minutes, of course without the forms design.

A detailed guide for forms generation and usage can be found in the Self training: Generate and usage of ELP forms document which can be accessed via this button:

Using forms on non-Windows based platforms

Install the Windows Version of ELP and convert the prn file the same way, as described below.

Then upload the file *.mac files from the c:\ProgramData\WELP folder to the non-Windows system into the so called WorkPath, defined by the ELP Command Line Argument -dxxx.

DO NOT print the form through an ELP enabled Queue/Driver, as ELP may then insert the Demo watermark on the page. And once you purchased the product, the mark is still there.

ELP offers several ways how forms/macros can be installed, normally it is recommended to use the one time installation with the ELP Control Center software. This is described here: 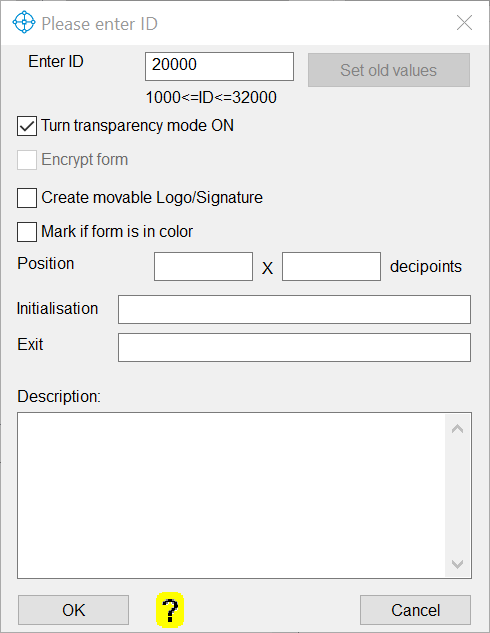 Done, you can now test the form. If ELP is not used under MS Windows, you finally need upload the form binary into the directory, named by the -d command line parameter

The next print job may already address the form, if it is used in any applied rule.

There are 4 other methods for automatic forms generation, where 2 and up are generation the forms on the fly out of the data streams. This is one way to collect a single page and use it at a certain position in the real printing data stream, e.g.using the  ELP_Command EE or EB.

In any case ELP only converts the data streams first page into the macro, which is automatically stored in the workpath folder.

Also by default ELP will parse any loaded macro and run it against all search rules (Not Trigger). So for example macros can contain variables, and these will be overwritten by the real content of the variable. See also: Watermarks and Page counter.
If no such things are needed, you may speed up the process, by using this key: FastMacroLoading=ON which then will take the form and send it unchanged to the printer.

In order to prevent the tool from reloading a form if a data stream parsed a second time, the esc sequence \x1B)s-999Z is added before the macro sequence. Once the parser detects this sequence in the data stream, no forms will be loaded for the whole job!

We use cookies on our website. Some of them are essential for the operation of the site, while others help us to improve this site and the user experience (tracking cookies). You can decide for yourself whether you want to allow cookies or not. Please note that if you reject them, you may not be able to use all the functionalities of the site.